2022 Crossroads of the South: Top Performers 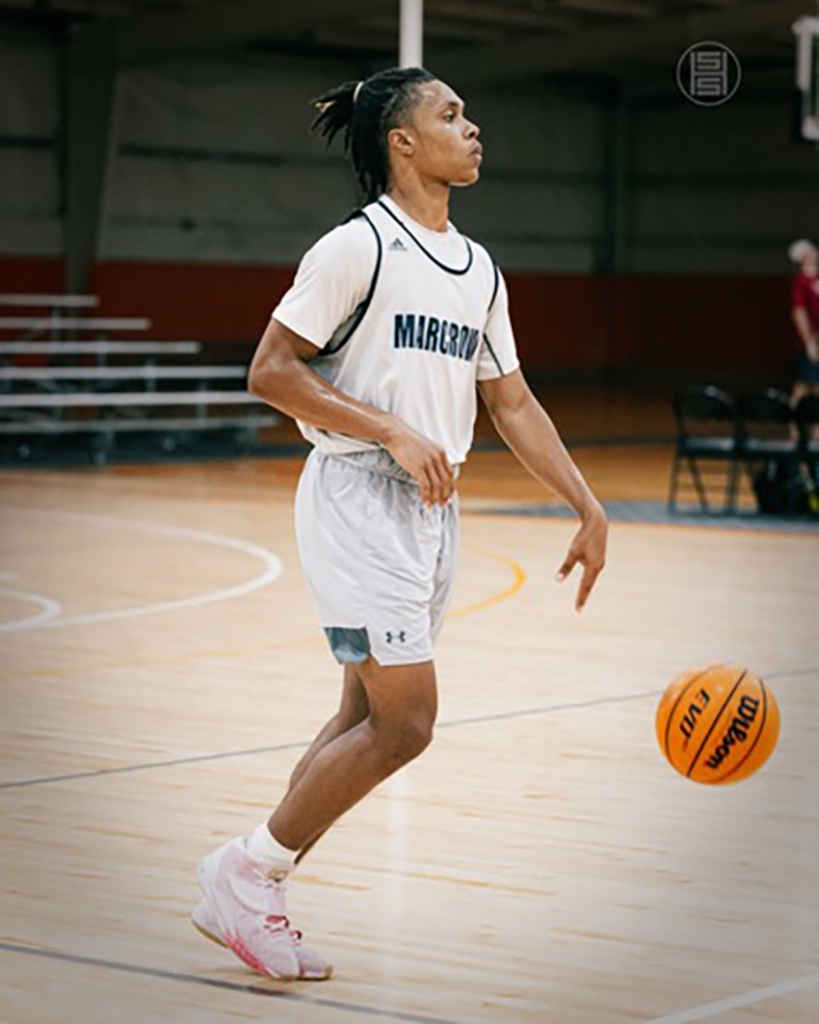 2022 Crossroads of the South: Top Performers

The Adidas Crossroads of the South Camp 2022 edition was held this past weekend in Jackson, MS, and while this year’s camp wasn’t as star-studded as past editions there were a number of intriguing prospects on hand. The camp was broken down into groups, juniors and seniors played in one group, freshmen and sophomores played in another and there was a middle school group also. The end of the camp all-star game combined players from both varsity groups and gave us a chance to further evaluate the young guys against the older guys. Below are the standouts from the two high school groups.

This year’s camp served as Abdul Rauf’s coming out party here in Mississippi. The son of former NBA player/Gulfport Legend Mahmoud Abdul Rauf, Amir recently transferred to Gulfport from Texas and the buzz on the Gulf coast has been crazy building. On Saturday he showed that the buzz is warranted as he displayed the ability to really get to the rim and score the ball off of a nasty layup package. He is quick, has strong handles and utilizes the ability to change speeds and directions, once in the lane he’s an outstanding finisher utilizing a strong upper body and the aforementioned nasty lay-up package, and while the strength of his game is his ability to get to and score it at the rim he also showed the ability to stick the puill-up jumper which only enhanced his ability to get to the rim, he will definitely be a force to be reckoned with come the prep season.

While Abdul Rauf was spectacular on the day, he still has to share top performer honors with Turner. Coming off of an outstanding season at Mendenhall, Turner has returned to Biloxi for his senior campaign, and he’s expected to be a key figure for one of the top teams in the state. On Saturday Turner was just as spectacular scoring the ball on an array of shots. Jumpers, drives to the rim, floaters, Turner showed it all on the day and did it in a very efficient manner and minimal dribbles. He did a very good job of creating opportunities for his teammates and did a great job of sharing the ball. Defensively he really got up in his man and pressured the ball. He highlighted his day with a nasty drive and dunk in traffic that bought everyone out of their seats.

Nelson had an outstanding day as he scored the ball, defended, and played with energy that made it seem as if there was more than one of him out there. He was always in the play, getting his hand on the ball and making plays. Nelson plays downhill at all times when on offense, using his quickness to attack the rim where he scores the ball at a high rate and scores in multiple ways.  At the rim he’s a strong athletic finisher but he also utilizes a solid mid-range pull up and showed a nice floater. Defensively he really gets up in his man and comes up with lot of deflection and steals. He continued his strong play in the camp all-star game showing the same results when facing off against the upperclassmen.

Rowe, whose father Marc runs the camp, had quite a camp and shared top performer honors with Nelson for the Freshman/Sophomore group. Rowe is a smooth skilled ballhandling point who really has a nose for putting the ball in the hoop. He uses a shifty hesitation dribble and a nice in and out move to create separation and/or to get his defender off balance so that he can go by him. He really shot the ball well and has range well out past the three-point line. Around the hoop he is a shifty finisher who can really work angles through and around defenders. When cut off he excels at finding the open man on kick outs or cuts. Rowe also had a strong performance in the camp all-star game,

In a camp that didn’t have a great deal of size Holman was the best frontcourt performer of the day. He had a strong day scoring the ball and didn’t do it by just pounding on little guys around the goal. Holman showed the ability to step out and drive the ball to the rim from the wing or stick the open jumper. He often pulled the defensive rebound and led the break, showing great awareness for when to drive ahead for the finish or hit the open man for a layup or jumper.  Even though he made a lot of plays handling the ball he didn’t neglect to handle his business around the paint as he was a constant presence on the offensive and defensive glass and did a great job defensively when matched up against one of the other bigs in camp.

Gulfport High has the look of a state championship contender this season as Krass gives them a second backcourt transfer who can really light it up. Krass did what he does best, shoot the ball, and he did it well. He has range out past the three-point line and does a really good job of using his dribble and getting to his spot for one and two dribble pullups. He’s a solid ball handler who can facilitate the offense and is very efficient running the break and making decisions in the open court. a solidly built 6’3” he did a good job of using his body and playing thru contact when finishing around the rim.

Baldwin had a very productive day playing in the Freshman/Sophomore group and had a solid performance in the combined class all-star game held near the end of camp. Baldwin shot the ball extremely well on the day showing that he can really stick the open three pointer but is also solid from the midrange. He moved up and down the floor very well which led to quite a few open looks on jumpers and several opportunities for finishes at the rim. He was also very active on the glass and defensively. He really presented a problem for his opponents throughout the day.

Grayson had himself a very productive day, He shot the ball extremely well, was very solid with the rock in his hands, making good decisions and taking what the defense offered. He got to the rim for finishes and found the open man when the defense cut off his drive. Played with lots of energy and just always seemed to be involved in a difference making play. Defensively he was a real pest to play against as he really got up in his man and got his hands on quite a few passes for deflections.