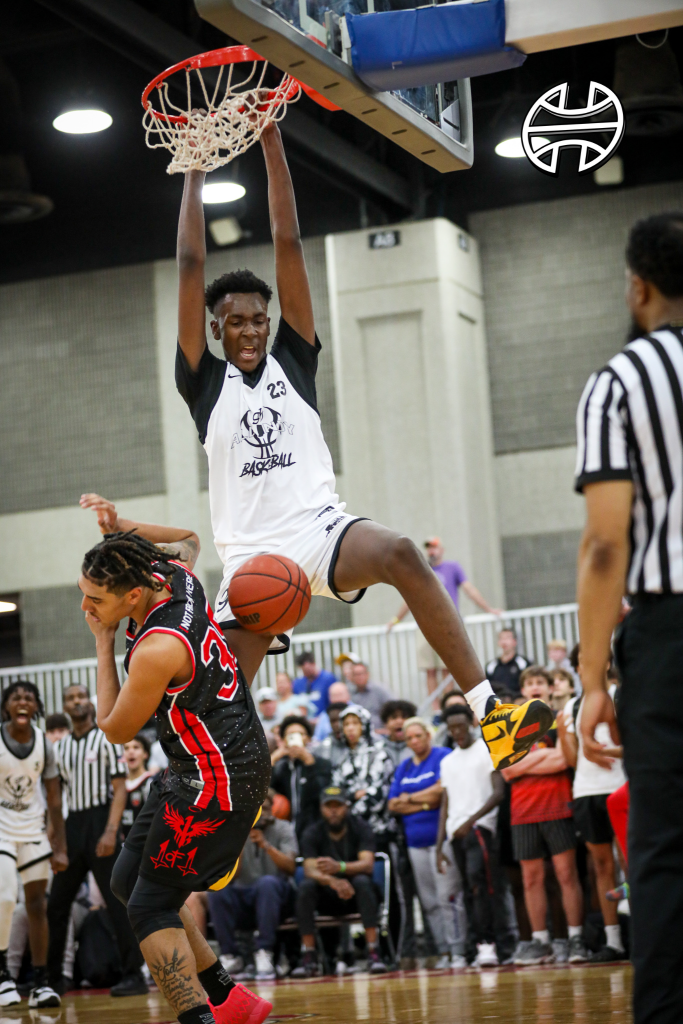 Xavier Booker has committed to Tom Izzo and Michigan State. The Spartans prioritized the 6-foot-11 forward out of Cathedral (IN) HS on the recruiting trail by sending up to three coaches to see him during evaluation periods.

When Booker gets to East Lansing, Spartans fans will see a guy with lottery-pick upside. He embodies the skilled forward that the NBA loves. Booker can handle the ball, shoot it consistently from deep, and he has defensive upside with his length.

To relate him to recent Michigan State players, think of a bit of Gabe Brown in terms of his ability to stretch the floor and make plays from the forward spot and Marcus Bingham in terms of frame.

Booker has been someone who has been in the discussion as the No. 1 prospect in the 2023 class. We’ve had him in the top spot for quite some time at HoopSeen.

Playing with George Hill All-Indy on the NY2LA circuit, Booker has been a familiar face to us here at HoopSeen. We saw glimpses of greatness from him when he was playing 16U, but thanks to a growth spurt and continued development, Booker leveled up into a player that NBA scouts have come to love.