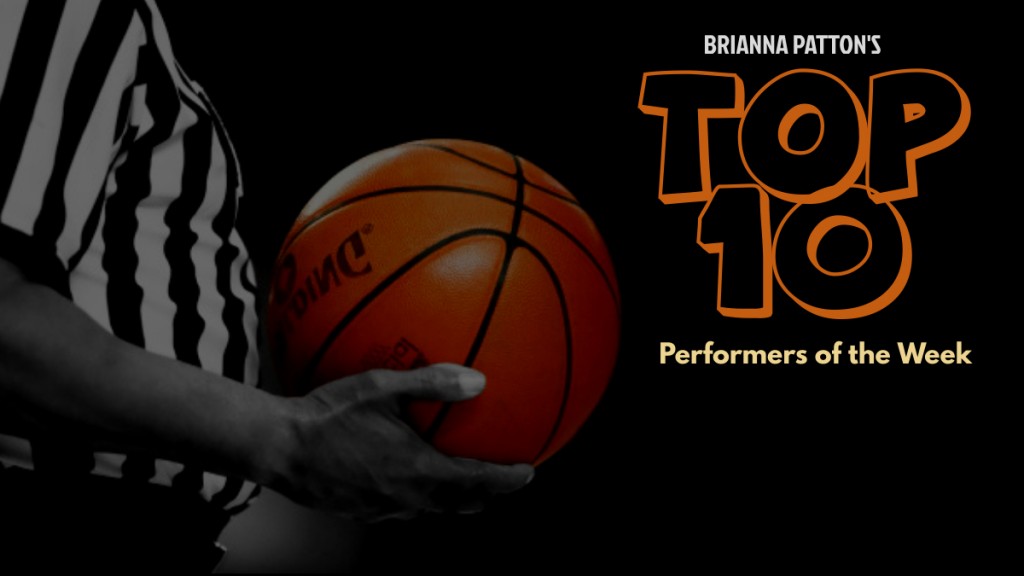 There were a ton of quality performances put on in this past week of GHSA action. It was extremely difficult to pick just 10. What really stood out amongst this group of top performers is the amount of double-doubles. A lot of these players put up impressive numbers on the boards.

After a long period off due to covid protocols, Galloway finally got back to playing. Arrington did not seem to miss a beat. The 2022 guard was in top form. Scoring, creating, and of course, rebounding. He is easily one of the top rebounding guards in the state. In his first game playing in just over two weeks, Arrington scored 27 points and brought in 12 rebounds. Look for Arrington to establish himself as a top guard in the class as the second half of the season continues.

The high scoring forward continues to put up high numbers week after week. Coming off a week where he earned an offer from Alabama, Banks proceeded to have a ridiculous game, recording 34 points and 10 rebounds in a win over Mt. Zion. This is one of the most versatile players in the class. His recruitment should sky rocket in the upcoming months leading into the spring.

Harris continues to be one of the most consistent players in the state. One can argue that his contributions are just as important to Kell's success as Scoot Henderson's. He has proven that he is a scoring threat that can produce every outing. Harris helped lead Kell to two wins this week. In the Longhorns win over South Cobb, Harris notched a double-double, scoring 16 points and grabbing 12 boards. He followed that up with a 22-point performance on 6-9 shooting from three on senior night against Sprayberry.

It is hard to find a player that had a better week than Lunguana. The available senior has been Lambert's go to player all season. In two wins this week, he recorded two double-doubles and scored a total of 51 points. Lunguana had 31 points and 10 rebounds in a dominating win over Peachtree Ridge. Earlier in the week, he dropped 20 and 12 against Forsyth Central.

A new name to our top performers, McBride put on a show against Alleluia. The 2022 CG had a monster game, scoring 35 points and grabbing 11 rebounds. En route to scoring 35, McBride showed his ability to score from different spots. He is definitely a player to keep an eye on.

The available senior had a solid week for Creekside Christian. In a win over Trinity Prep, he led the Cougars with 26 points, 12 rebounds, and seven blocks, finishing with a near triple-double. He followed up that performance with a 11 and 10 double-double in a win against Social Circle. O'Neal continues to show glimpses of the type of player he could be at the next level.

In a big region game amongst two ranked teams, Forest Park got the best of Jonesboro. In Forest Park's win, Pounds was crucial. He dominated the boards, bringing in 17. His strong rebounding performance allowed for a lot of second chance points. On the offensive end, he scored an efficient 18 points to lead the Panthers. If Pounds continues to put on high rebounding performances like this, coaches will have no choice but to take notice.

In a region win over Newton, Schieffelin had a Demarcus Cousins like performance. The Clemson signee scored 20 points and hauled in 20 rebounds. You do not see many high school players recording 20 and 20 performances against high level competition. Schieffelin continues to show why he is one of the best big men in the state. His physicality and versatility makes him a nightmare to go up against.

It seems as if Wolle makes this list each week. It is easy to see why when looking at his numbers. The junior continues to cement himself as a top shooter in the state regardless of class. In Sequoyah's win over Cambridge, Wolle poured in 31 points. 22 of those points came in the first half which helped the Chiefs jump out to a good lead. With the type of shooter that this kid is, it is only a matter of time before more schools start coming into the picture.