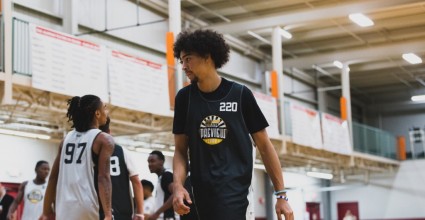 TJ Grant had a spectacular junior campaign at Veterans High School, earning a number of honors such as GHSA All State, HoopSeen 5A first team, and region 1-5A Player of the Year among others. On August 26, he announced his commitment to the in state Mercer Bears.

The 6-foot-5 forward is an extremely versatile player that can play and guard multiple positions. He has the scoring ability to be effective out on the perimeter, but also the size and strength to dominate smaller players in the paint. His versatility was one of the biggest factors that sold him on Mercer.