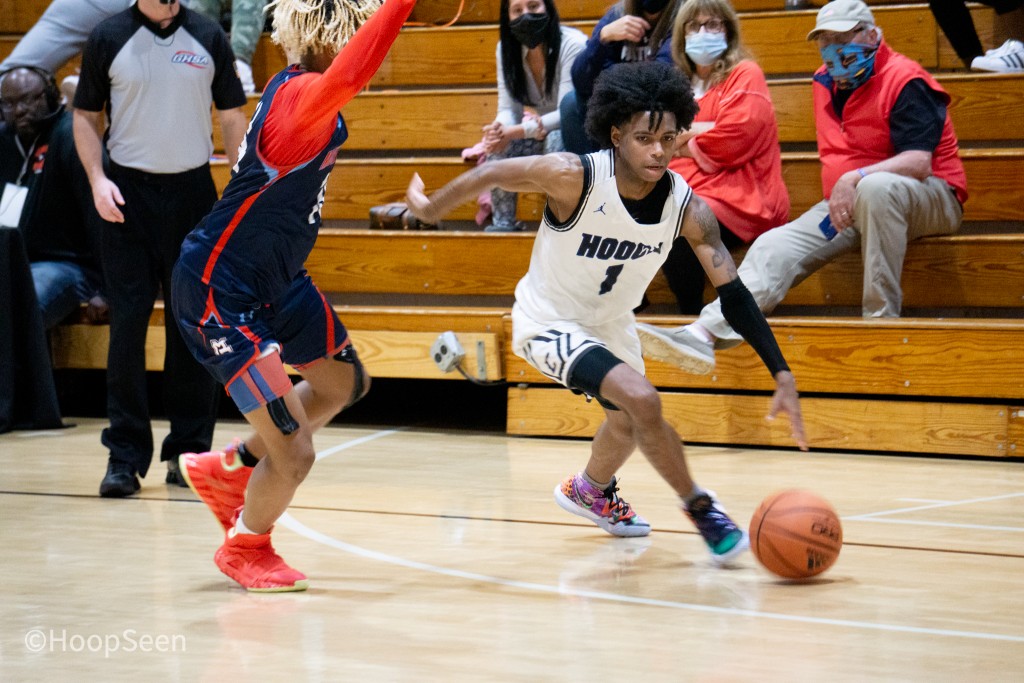 The GHSA action continues to get better and better. This week, we had multiple players reach scoring milestones and other players put on stellar performances. Here are our HoopSeen top-10 performers of the week.

A week removed from breaking the Chattahoochee all-time scoring record, White scored 33 points in a win over Johns Creek to push him over 2,000 total career points. This is an accomplishment that not many high school players reach. Earlier in the week, White scored 22 points in a win over Cambridge. He continues to show why he is one of the best scorers in the state.

Last week AJ broke the all time scoring record, this week he hit the 2,000 career point milestone. One that not many get to see. Congrats @Ajwhite_1! https://t.co/LKHmh4sJsG

Not many players had a better week than Banks. He led his team to three wins and reached the 1,000 career points mark just a few games into his junior season. Banks posted a double-double with 28 points and 10 rebounds in a win over Riverdale. He also had a monster 34 point game against Hapeville Charter.

Congratulation to Kaleb Banks for surpassing 1,000 points in a win last night pic.twitter.com/QxUuczrwxp

Tucker continues to make his way onto All-Tournament teams and top performers list. He was huge in Cherokee's win over Lambert last night scoring a career high 34 points. With that scoring performance, the Xavier signee went over 1,000 career points. Tucker was crucial in Cherokee's 60-56 win over Roswell, too. He led the Warriors with 18 points.

Congratulations to Xavier signee Elijah Tucker for reaching the 1,000 career points milestone in a win over Lambert last night. pic.twitter.com/ANOCKB7KYN

Strachan made a big splash this week, leading Locust Grove to two wins. He was the difference maker for his team in its 78-72 OT win over Ola scoring 32 points (7 3PM) and grabbing 14 rebounds. The junior scored 20 points in a win over Lamar County as well.

In arguably the biggest win of the GHSA season thus far, Riggins came up huge. South Cobb stunned many with its 81-74 win over Wheeler. Leading his team with 27 points, Riggins showed that he can score from multiple levels. He picked up an offer from Maryville College soon after his big game.

Leading River Ridge to three wins this week, the 6'11" junior showed why he is one of the most intriguing prospects in the state. In a one point win over West Forsyth, Pierce hit back-to-back 3-pointers, including the game winning three. Pierce finished the game with 10 points and 11 boards. He posted another double-double in a win over Riverwood bringing in 12 points and 12 rebounds.

Arrington continues to impress each week. In the two wins for Galloway, Arrington totaled 53 points and 22 rebounds. Surpassing 500 career rebounds, he is showing that he is one of the best rebounding guards around.

This high flying abilities of Nichols was on display this week. He scored a career high 34 points in a win over Peachtree Academy and followed that up with a 26 point performance in a win over Central Fellowship.

Davis had a great week for the Eagles, further showing why he is one of the top sophomores in the state. In two wins this week, Davis led his team with a 27 and 25 point performance.

In the absence of Camron Mcdowell, Brady stepped up in McEachern's triple OT win over Berkmar yesterday. He had an effective game offensively scoring 30 points to lead the Indians to a win.