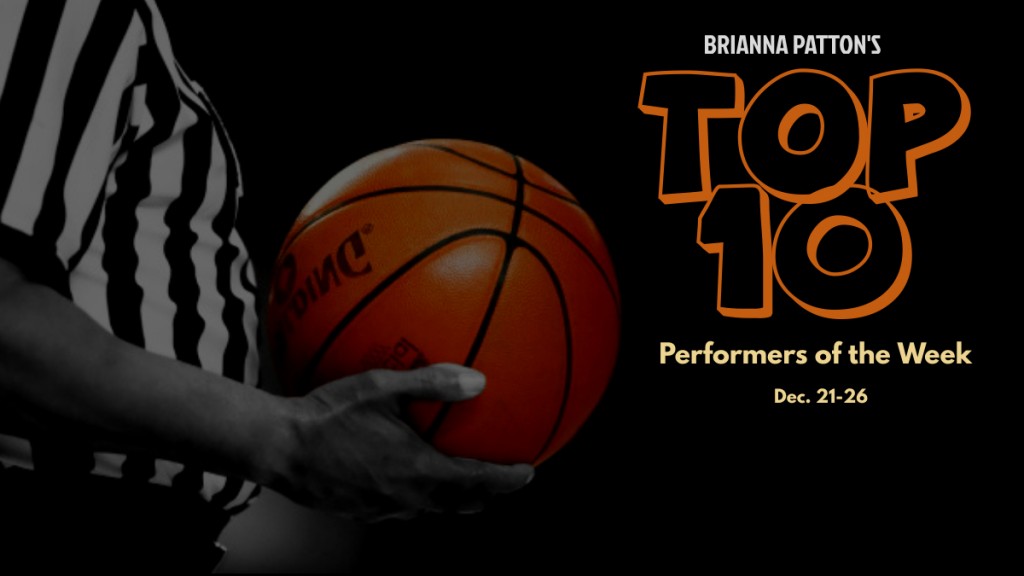 Another week down, another top-10. Christmas week brought us some quality games and performances highlighted by the Tournament of Champions Holiday Classic which occurred the day after Christmas. Here are my top-10 performers for this week.

Banks is becoming a regular on the top-10 list. He has been consistently putting up high numbers all season and this week was no different. A week removed from dropping 42 points against Tri-Cities, Banks put up 31 and 11 against Tucker. Although Fayette County lost to Tucker, Banks was the best player on the floor. He had stretches where he simply dominated and could not be stopped.

Cleveland had a huge week for Pace Academy, making his case for Mr. Georgia Basketball. This week, he led the Knights to two wins over North Gwinnett and AAAAAAA powerhouse Grayson. In those two wins, Cleveland finished with two double-doubles. Against, North Gwinnett, he had 31 points and 10 boards. He followed that up in a huge win over Grayson with a 26 points and 11 rebound performance.

In a come from behind OT win over South Cobb, Godfrey had a monster performance scoring 28 points and adding 11 rebounds. 12 of his 28 points came in the 4Q to help bring the Bulldogs back into the game after trailing the majority of the game. Godfrey has a great frame and can physically impose his will in the paint.

Harper is one of the best available senior guards in this region. He has great size and athleticism which he shows with his bounce. Fresh off a two week quarantine, Harper finished with a 26-point, 10 rebound double double. With that performance, he hit the 1,000 career points milestone.

Each time I watch this kid play, I am in awe. Henderson is so fast and strong, it is close to impossible for defenders to stop him in the open floor. In a 94-65 win over Chattahoochee, he finished with a game high 35 points. Every bucket en route to those 35 points seemed effortless for him to get.

The Clemson signee is one of the most consistent players around the state. In the night cap of the TOC against Victory Christian, Schieffelin put up 26 points and pulled in 10 rebounds. He finished with another double-double earlier in the week in a big win against Wheeler where he had 12 points and 13 rebounds.

Swain surprised some people at the TOC Holiday Classic on Saturday. He helped lead his Lithonia team to a 55-46 win over Mount Vernon. Out of Lithonia's 55 points, Swain scored 27 of them.

Taylor led his team to a win in the Lake City Classic tournament this week. His 24-point performance earned him MVP honors. Taylor scored 13 of his 24 points in the 3Q which changed the momentum for Allatoona.