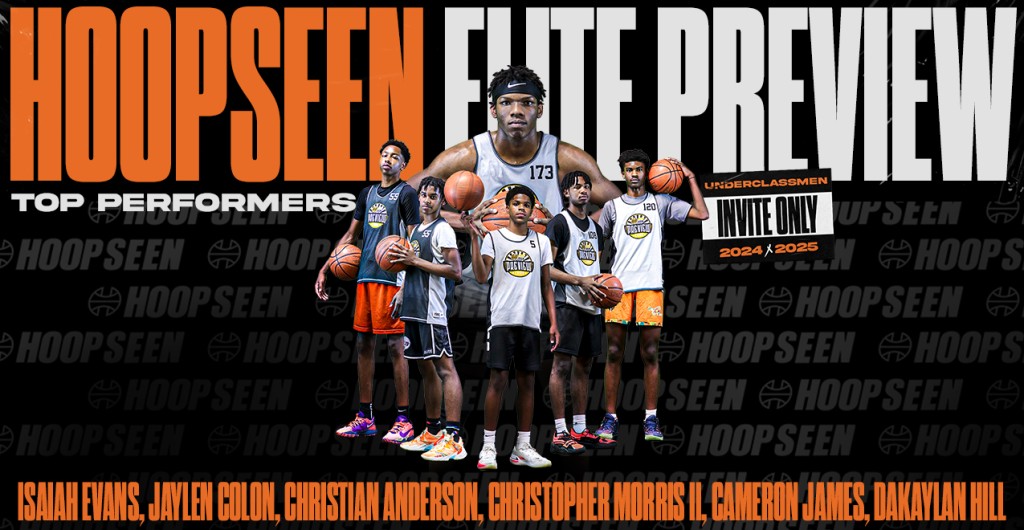 The Elite Preview camp was deep with talent. This camp gave us the opportunity to check out some of the top 2024 and 2025 players in the Southeast. From the drills to the scrimmages, every player gave 100% of energy and nonstop competition start to finish. With the coach's evaluations and some input from the media team, we provided the second wave of our top performers from the camp. 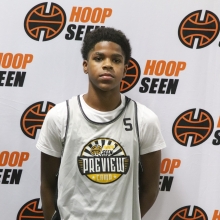 Anderson has had a lot of buzz around him as of late because of his recent commitment to the University of Michigan. The 5-foot-9 guard has a great feel for the game and plays with a lot of poise. He is dangerous off the dribble with his speed and IQ. As a smaller guard, he has demonstrated the ability to finish around the rim over much bigger defenders. Anderson is also one of the top passers in the state. He established himself as one of the top 2024 prospects in the state after a stellar freshman campaign at Lovett, and he will surely take on an even bigger role this upcoming season. - Brianna Patton 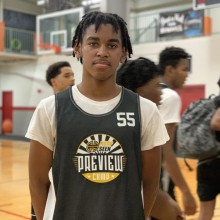 Honestly, I hardly recognized Colon when I first saw him walk in the building. He’s filled out and gotten taller since I last saw him, and the physical maturation translated to his game too. He’s always been a high-level shooter who can come in and hit a couple quick 3-pointers. At the Elite Preview, he still showed off his ability to shoot, but he also showed that the rest of his game is coming along around that too. He did everything for his team. He scored, he was one of the better positional rebounders, and he dished out some nice passes. If you know his brother, Najhae, you know how tenacious of a defender he is. Jaylen showed some of that same fire on defense on Sunday. I loved what I saw out of Colon in terms of growth, and I look forward to seeing more of it in the future. - Josh Tec 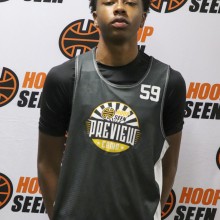 Evans did not take long to make his presence known. The 6-foot-6 guard out of North Carolina has a really smooth game about him. He has a nice handle and a wide array of moves that he utilizes off the dribble. It was a difficult task for defenders to keep him in front as he went on to get to any spot he wanted. Defensively, he used his length to get into the passing lanes and be an absolute disruptor on the ball. Evans was, without a doubt, one of the top scorers at the event. - Brianna Patton 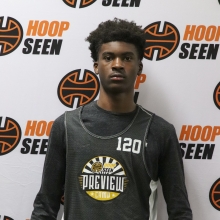 Hill is a 6-foot-6 freshman with a strong, long, frame. That alone is intriguing enough when you look at it on paper. The forward out of Laney high school has the game to match that intrigue. This kid immediately jumps out at you while watching him play due to his high motor. He was literally all over the floor. Hill is an active rebounder and defender. On the offensive end, he is constantly moving without the ball and often finds himself at the right place at the right time. He is already an outstanding athlete that likes to play above the rim. It would not surprise me one bit to see Hill be one of the top 2025 prospects in the state moving forward. - Brianna Patton 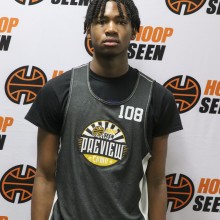 After a freshman season where he gained a ton of experience with Chattahoochee, I was excited to see this kid go up against some of the top underclassmen. He definitely did not disappoint. James has great positional size and length at 6-foot-4. He can knock down threes, excel in the midrange, and get to the rim. His athleticism stands out, too. He threw down multiple dunks in transition that shines on his potential as he continues to develop. - Brianna Patton 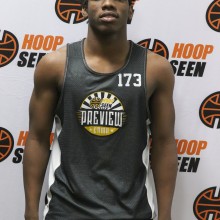 Morris was one of the best players I saw at the Elite Preview, and after a few trips up and down the floor, I knew he was the real deal. He’s a 6-foot-3 Forward from McDonough, GA, and he most definitely brought it on both ends on the floor. Morris is a strong finisher coming off the wing and under the basket. He fights for rebounds, and his awareness on defense was incredible; whenever a pass was made, Morris was sure to be there for a quick steal. He’s also a solid shot-blocker, running the floor very well for a nice chase down. Morris was all over the floor today, his hustle was terrific, and his leadership was top-notch. - DC