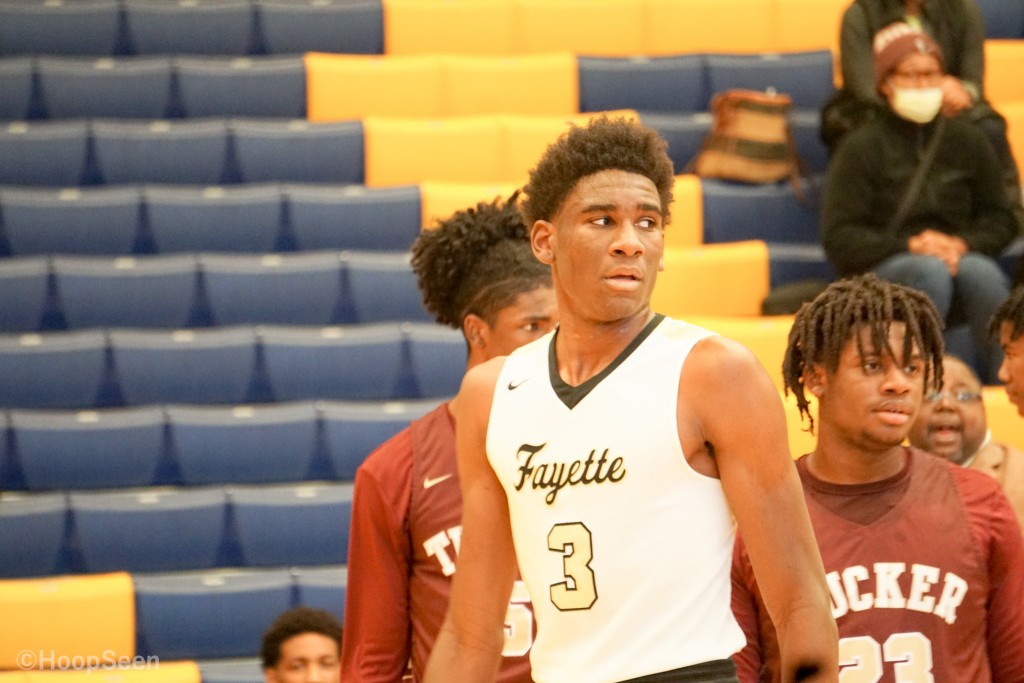 The 2020 Tournament of Champions Classic at Wheeler High School got off to a great start. There were several of the top teams and players around the state in attendance. Take a look at my takeaways from the Saturday.

I finally got a chance to catch Kaleb Banks play today and I walked away thoroughly impressed. The 6-foot-8 SF has tremendous size. There was a stretch in the game where he either scored or drew a foul every single time he touched the ball. He was able to get whatever he wanted. Banks is the epitome of a SF. He can score it from the block as well as score it off the dribble and shoot it consistently from three. Banks ended the game with a strong double-double performance, finishing with 31 points and 11 rebounds.

Scoot Henderson had a fantastic performance against Chattahoochee. He scored 35 points and every single one of those points looked effortless. Henderson continues to show why he is highly regarded as a top guard in the country and deserves all of the recognition he is receiving. However, a lot of people may not realize the depth that this Kell team has. Jaylen Harris came up big in Kell's win finishing with 20 points and nine boards. He was active on the boards and moved well without the ball. The Longhorns also got a strong contribution out of sophomore Aaron Smith who notched a double-double, finishing with 12 points and 10 rebounds. While Najhae Colon only finished with four points, he did finish with eight assists and has proven he is capable on getting a bucket when its needed.

St. Anne Pacelli's Travis Harper reached his 1,000th point tonight in a 26-point double-double performance. The 6-foot-6 available senior is a great athlete with a high skill level. Harper was aggressive offensively and had a lot of success getting to the rim. He continues to prove himself as a college level player. It is widely believed that Harper would have a handful of Division I offers if the pandemic did not keep colleges from coming out to evaluate in person.

The Patriots took control early over East Coweta and did not let up, winning 70-42. Berkmar had a well balanced scoring attack led by Jermahri Hill with 13 points. Jameel Rideout and Destin Logan also had solid games. Rideout continues to improve each time I see him. He's become a trusted lead guard with great court vision and decision making. Logan has proven that he can be a knock down shooter from behind the 3-point line. His length makes him a tough matchup for defenders. Malique Ewin had a quiet double-double, finishing with 11 points and 12 rebounds. The 6-foot-10 forward is one of the most skilled big men in the state. He moves so well for his size and is an underrated passer. Senior Dara Olonade had a solid game as well. Olonade's athleticism was on full display when he converted on a big dunk and a monster block.

Wheeler defeated Lanier 79-64, getting contributions from a lot of guys. When Wheeler is hitting on all cylinders, they are fun to watch. I have not seen many teams run the break as well as the Wildcats do. Sophomore PG Isaiah Collier is going to be special. He is a pass first guard that is always looking to make the next pass. Not only does he have the potential to be an elite passer, but he can go get a bucket at any time. Senior Khedric Oliver was a force on the rim. Oliver threw down about four or five powerful dunks. Available senior Max Harris found his offense early and continued his momentum finishing with a team high 18 points.

After a slow first half, North Gwinnett came back to defeat South Cobb 64-59 in OT. South Cobb had control the majority of the game, but the Bulldogs did quit. Trailing by eight going into the 4Q, the defense locked in only allowing South Gwinnett to score five points. RJ Godfrey had a monster game scoring 28 points and pulling in 11 rebounds. Godfrey scored 12 in the fourth to bring North Gwinnett back. Senior Brendan Rigsbee had a solid all around game posting nine points, seven boards, and six assists.

McDowell and Brady Lock In

McEachern was able to get by Shiloh largely due to the play of Camron McDowell and Randy Brady. Shiloh had the lead for the most of the game, but the momentum began to swing in the 3Q when Brady scored eight straight points in the paint to bring the Indians to within three at the start of the 4Q. Brady's run was impressive. There was nothing Shiloh could do once he got the ball in the paint. McDowell got going after he threw down a huge dunk. He finished with a team high 20 points.

Camron McDowell takes home player of the game after sparking the comeback over Shiloh. Here’s his big dunk from earlier today, UGA getting a special player. @cmcdowell_ @McIndiansBB pic.twitter.com/VCe0shgUFe