Next Up: 15 Freshmen of note in Arizona 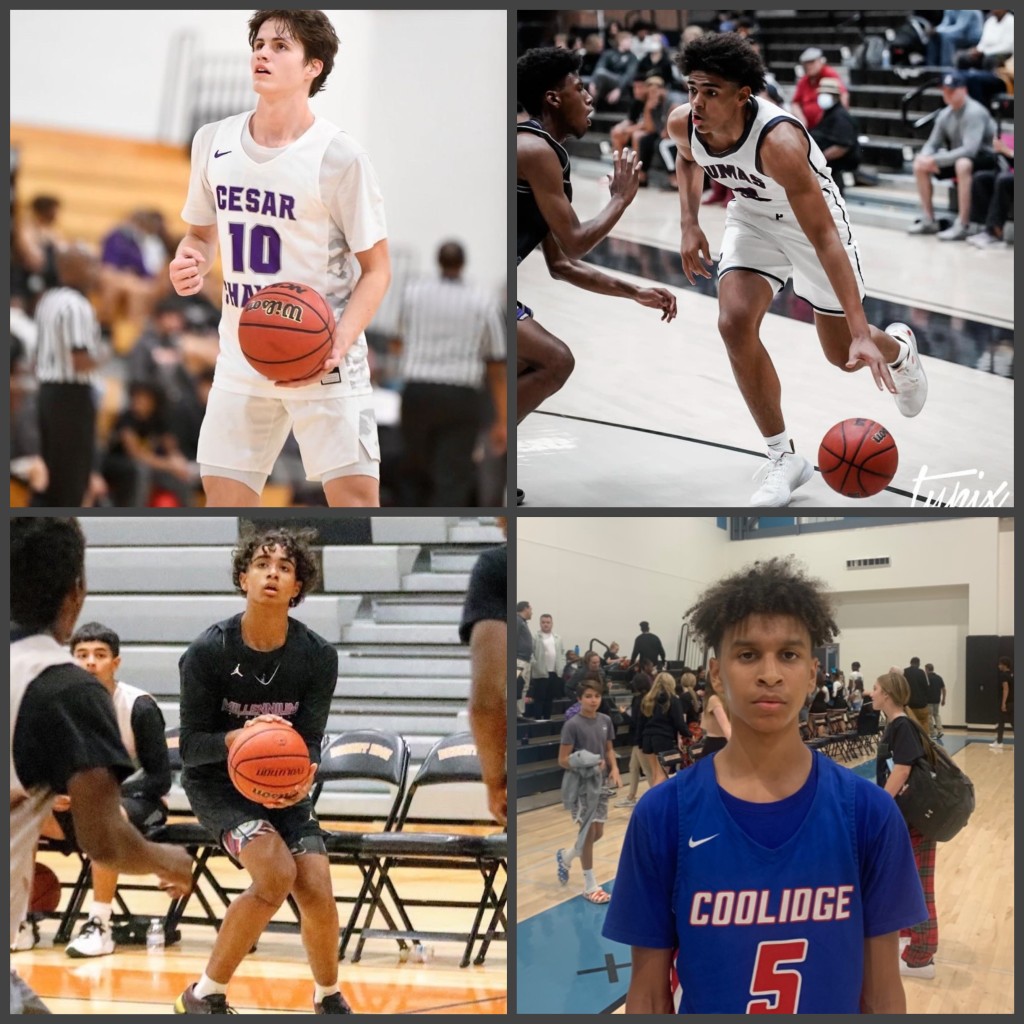 Next Up: 15 Freshmen of note in Arizona

I first laid my eyes on this talented 2025 class back when they were considered the top eighth-graders in the state. However, many of the top players that were originally slated to be in this class decided to stay back a year and reclass into the Class of 2026, which may be one of the more talented classes we will see in a long time.  Nevertheless, these top freshman decided on a high school and are now already seeing varsity minutes, with some of them starting.  We take a look at the top impact freshman going into this 2021-22 season (in no order).

Peat is the star of this class, without question.  A player and talent that could end up a huge reason for gathering multiple state championships from the first day he stepped on campus. Peat is already a mismatch nightmare as a freshman playing next to one of the top Bigs in the country. While there are going to be some very good freshmen on this list, Peat is a player on it that could be getting paychecks to play this game one day.

The 6’0” shooting guard will be a heavy part of the Tigers success.  While Millennium has one of the better lead guards in Gabe Pickens and a really good hybrid-big in Isaaac Hymes and some real athleticism on the wing with Reggie Orr, Everson will need to be able to knock down some open shots this year and be able to be effective off penetration.

The 6’3” guard/wing will be asked to shoulder much of the load for the rebuilding Chavez program.  The good news for the Champions is that the kid has a tremendous work ethic and is a gym rat.  He is a knockdown type of shooter from the outside and plays bigger than what is listed on the roster sheet.  Defensively he will be tested.  If he is stepping out to defend guards and wings, he will need to find another gear in his lateral quickness to guard on the perimeter.

The 5’10” stud of a lead guard is one piece to the freshman puzzle that Head Coach Luke Dallariva is starting to put together.  Peterson will be asked to take on a ton at the high school level from Day 1 and should be an exciting part of this very young but very talented backcourt Notre Dame Prep has assembled.

The 6’1” combo guard is one of the better shooters in this class, alongside his backcourt teammate in Peterson.  The 2 have the skillset to live up to a nickname like “the splash brothers.”  What makes this freshman duo unique is that both can play on and off the ball and have played together thru the AAU ranks long enough to gather some chemistry with each other.  It is going to be an exciting 4 years at Notre Dame Prep.

The 5’11” combo guard will be asked to be the face of the program at Eastmark from Day 1, which is no problem for the super talented rookie bucket-getter.  I have been watching Walcott for a little while now and the kid just has a real understanding of this game and puts in the work behind closed doors to be the player he is striving to be.  He very well could end up leading the state in scoring for this freshman class.

Wilson will automatically be a big part of the rotation at Raymond Kellis as a part of a very young core that they are building behind one of the top west coast prospects in Jai Anthony Bearden, Wilson’s running mate for the next three years.  Wilson and new transfer point guard AJ Marsh will be the backcourt of the future of Kellis and Head Coach De’Rahn Stinson.

Like Walcott, the 5’11” guard will be the focal point of a rebuilding program at Coolidge High.  Coronado is a longtime native of the town of Coolidge and is building a nice little following in the town for choosing to go to the local school instead of choosing a bigger school and program in the East Valley somewhere.  He seems to pick up another skillset every time we see him and is on a northern trajectory with the start of his high school career.

Egginton is in rare company at Catalina Foothills as one of the very few freshmen that crack a rotation for Head Coach Doug D’Amore’s program.  It takes an extreme work ethic, basketball IQ, discipline and dedication to achieve that feat for the Falcons who have built a very successful program out in Tucson.  Egginton possesses all these traits and if he continues to grow physically and with his skillset, we could be looking at a legitimate Division-I prospect.

Warner is already a prime piece to the puzzle for Cienega and Head Coach Daniel Filipowski. He will provide a good anchor for the next four years over there and will provide something for the Bobcats that is certainly at a premium in Southern AZ… SIZE!  Warner has been one of the better young prospects for the last couple years and has some intangibles and god-given strengths that could catapult him to being a very good player and prospect moving forward.

The 5’7” point guard is already cracking the rotation for one of the more decorated and strict high school coaches in the state in former state champion Head Coach, Jordan Augustine.  That is a huge accomplishment for the lightning quick Shadowvine.  He has all the make-up of one of the very successful undersized guards that have come thru Arizona such as Jahii Carson, Jovan Blacksher, TJ Russell and others.

The 6’5” Chemin provides the Falcons with something they simply don’t have at the moment.. SIZE! He is already listed as the tallest player on the roster and adds in an added bonus that he can shoot it from the perimeter but does not shy away from the paint on either end.  He will be asked to be a big part of the team if Cactus Shadows is going to have any resemblance of a successful season.

Bass has already made a heavy impact at Peoria High and will need to play well beyond his years for Peoria High to make a run while playing alongside one of the best bucket-getters in the AIA in junior guard Andrew Camacho.  Bass has already put up some big-time numbers for the Panthers early this season.

The 6’9” forward will join one of the more talented teams in the state with the Pride. However, he does offer the talented bunch a needed commodity with his size.  Johnson could end up being one of the better players in this class but his freshman year will be a year of playing a role for the Pride to get to the place the program wants to be… holding the state championship trophy.  If Johnson, who is coming fresh off of an injury, can hold his own down low against older and more experienced players and catch up to the high school game sooner rather than later, Head Coach Kaimar Price has a real good chance at earning his first state championship.

While Harrison won’t be relied on as a heavy impact to most games for Perry this season with 3 players in the Pumas’ frontcourt that could very well all sign to big-time college programs, he is simply too good to keep off this list and should still get his time on the floor to showcase his skills.  Plus, moving forward when 6’11” Arizona-signee Dylan Anderson graduates after this year, he should slide in quite nicely for Head Coach Sam Duane. 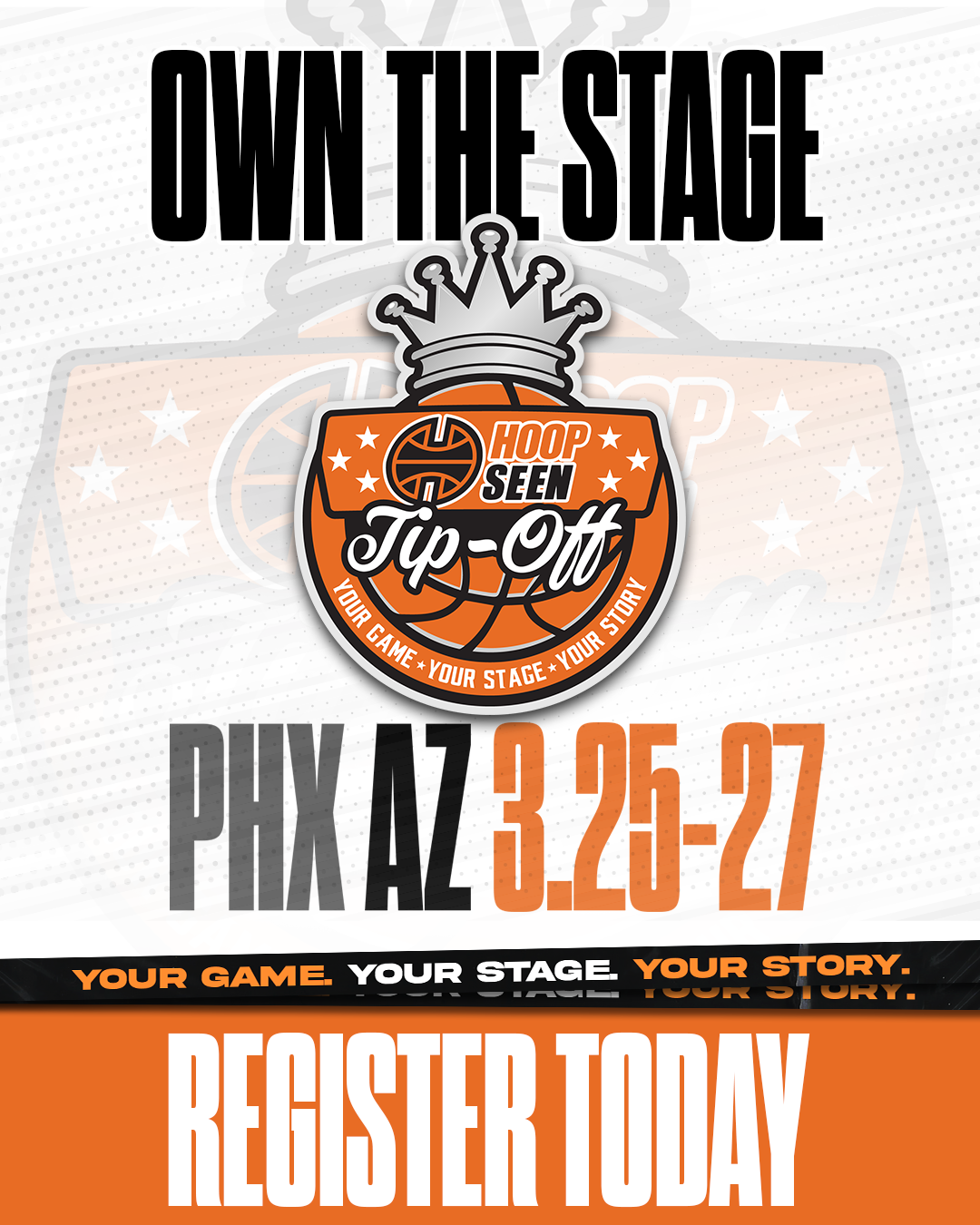