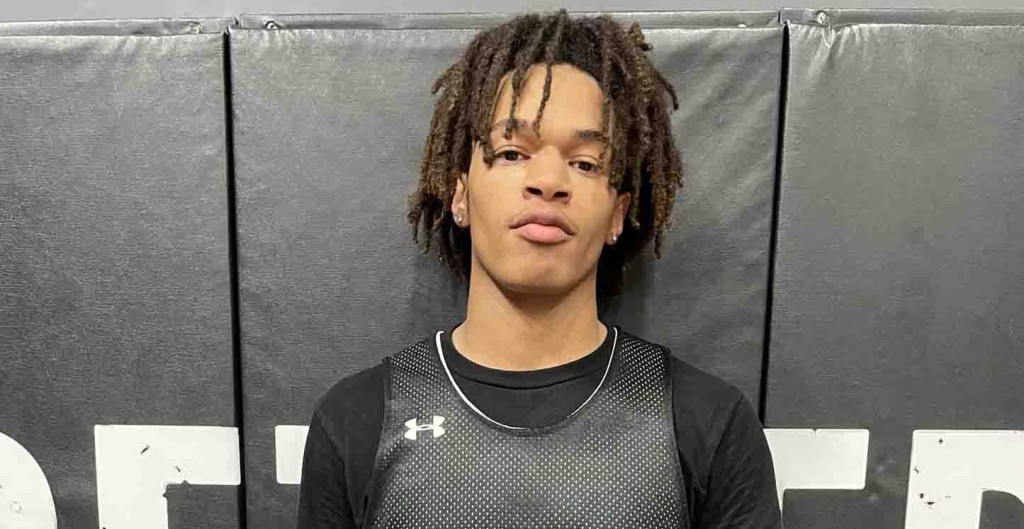 This past Sunday was The Show’s ‘Underrated & Overhated Showcase’ at the PHHacility featuring some of the Valley’s more underappreciated high school basketball prospects. Every player was able to go against each other in competition with some good basketball being played.  Here are a few of the standouts from Sunday’s event.

Millennium High’s 6-foot-3 senior guard Reggie Orr showed a ton of versatility on both ends of the floor with a nice little toolbox of offensive moves, guarding just about everyone he played against at some point, blocking shots and finishing a love the rim.  Also poured in some really good-looking mid-range jumpers and 3-balls.  He was arguably the event’s top player.

McClintock High’s 6-foot-4 junior guard/wing Ejay Scroggins was the other guy that could have been considered the top performer there with some backboard shaking dunks and powerful moves to the basket.  He is as exciting as they come in the open floor and he has developed a real underrated skill of passing to his game off of his penetration.  He also uses his body as good as anyone to finish in traffic.  Add in the fact that he is a capable 3-point shooter (though that and his ballhandling should be a point of emphasis for him).

McClintock’s other junior that stood out at the event was their 5-foot-10 point guard Davion Butler.  Easily one of the better on-ball defenders in the state with a motor that does not stop. He also got hot from deep at times and added in some ankle-breaking handles that left defenders on skates.  Butler has some intangibles to go with the skillset as well.  He is a natural leader and has a knack for being able to bring guys together.  “DB” carries a 3.5 GPA.

The other player with those before mentioned intangibles that was in the event was Pueblo High’s 5-foot-11 senior point guard Marcus Coleman.  Though Coleman is still very much right-hand dominant, he is such a good passer with a high IQ and court vision that he finds a way to get away with it.  Though he is not particularly athletic or long at all, he is crafty and finds ways to finish in traffic off of penetration and the occasional back-door cut.  On the defensive end, he is an absolute dog. Where Butler is tooled with the quick feet, Coleman is a bulldog on both ends. He also holds down an impressive 3.7 GPA.

Shadow Ridge High’s 5-foot-11 sophomore point guard EJ Mills might have been the “purest” PG of the event.  A pass-first lead guard with good court vision and a nice little quick-twitch burst that can break down defenders.  He is also a good finisher off the dribble coming from the left side with a nice little floater.

Mountain Pointe’s 6-foot-5 senior wing Anderson Wilson had some flashes where he looked like the most naturally gifted offensive scorer in the event with his length and the ability to get to the rack to go with good athleticism and body control.  His handle just keeps getting better and better and when he does not lock into being a pure scorer, he finds open shooters with ease.

Another one of the top bucket-getters in action was Madison Prep’s 6-foot-3 shooting guard Anesu Dehwe.  The guard has a little bit of everything on that side of the ball with above-average athleticism, a decent handle and a solid stroke from the outside.  His mid-range pull-up off the dribble is his bread and butter.

Nobody impressed me with the improvement they have made since I saw them as Hamilton High’s 6-foot point guard AJ Turner did.  He has a knockdown stroke from deep to go with a really tight handle and advanced understanding of the game.  His biggest addition to his game has been his newfound bounce. He is now flushing it down with ease and uses the athleticism to finish amounts taller players in the lane.  His layup package is smooth!

One of the more entertaining and athletic players was South Mountain High’s 6-foot-3 junior wing MJ Binford.  The kid. Is fearless in the open floor and will try to dunk on anyone in front of him.  He also has a real gift for timing his jump on blocked shots, especially those in transition.  He can knock it down from the corner and has some really good lateral quickness that makes him a great defender.

Two of the better shooters there were Salpointe Catholic’s 6-foot-1 shooting guard Canyon Torres and Desert Mountain’s 5-foot-11 combo guard Vincent Parise.  Both have some strokes from the outside that could very well land them on a college basketball roster somewhere with their ability to stretch the floor.

Sunnyside High’s duo of 6-foot-1 senior guard Jesus Martinez and 6-foot-4 wing/forward Izick Ruiz both did some good things in the event as well.  Ruiz has really changed his body since I last saw him and has him moving so much more fluid on both ends.  It has really helped him on the defensive end.  Martinez can really put the ball in the hoop and has a sneaky burst and deceptive athleticism to go with a nice stroke from the outside.