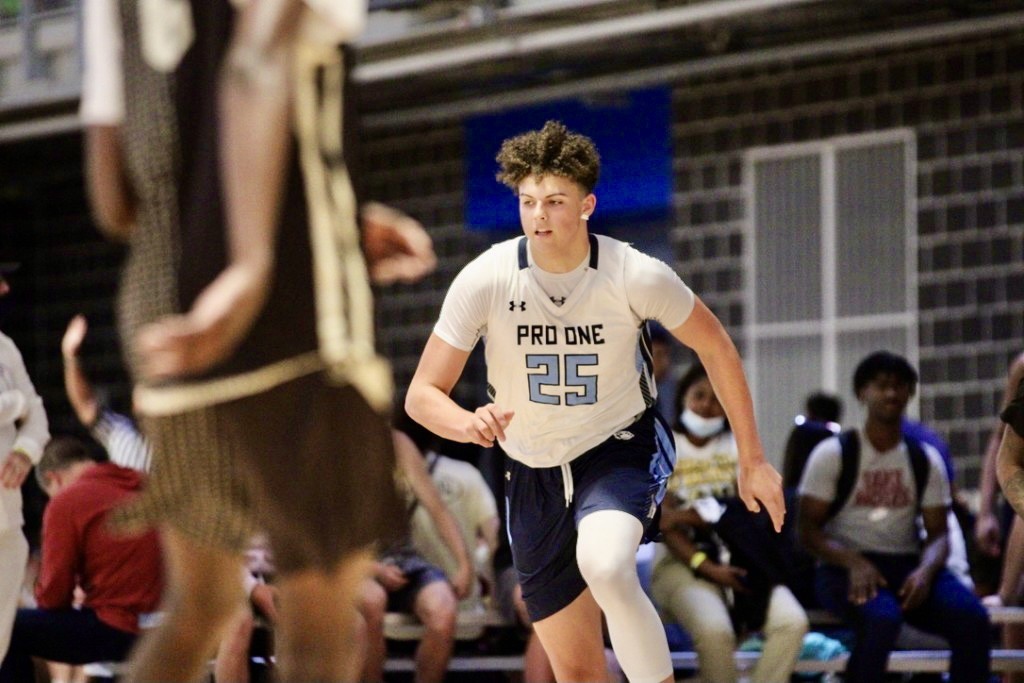 The game of Will Shaver

Will Shaver is undoubtedly the best player in the state of Alabama. This 6-Foot-11 big man had a spectacular campaign this past season. He averaged almost 15 points and snagged seven rebounds a game. Shaver also led the Oak Mountain Eagles to a 24-9 record and a 7A state championship.

Shaver is a strong finisher at the rim and has shown an excellent vision for finding an open teammate from the post. Shaver has emerged as a sharpshooter during the travel season and shouldn’t be taken lightly from the three.

On top of being a top-notched rebounder, Shaver is also a threat on the defensive end with his good shot-blocking ability. In addition, he does a great job working the pick and roll and has proven he can be a skillful player in the paint.

This top prospect has received a total of 14 offers, with more to come. Additionally, Shaver’s June schedule was announced, and he would be taking an official visit to North Carina, Wake Forest, Purdue, and later this month Virginia Tech.

Newly crowned head coach Hubert Davis and the Tar Heel family must have made a big impression on Shaver because, as of June 2nd, Will Shaver has made a verbal commitment to the University of North Carolina.

“It was great, just stepping on campus; you could feel how different it was,” he said. “Coming from Alabama, football comes first, but here basketball takes priority, so that was great.” Shaver went on to say that UNC just had a great atmosphere; great people, great coaches, and most of all, great teammates in the locker room.

UNC basketball is known for molding players into great athletes and getting them to the next level. So besides this being his dream school, what was it that made him fully commit on his first visit?

Shaver said once he stepped on campus, he knew that he would commit by the weekend. “When people say, (when you know you know) and I just knew,” he said. “Coach Davis was amazing; one of the nicest guys I’ve ever met, and he’s going to be a legend here, and I just hope to be the start of that.”

During the last meeting with Coach Davis, he asked Shaver about his other upcoming visits, and he told him that it wasn’t necessary because he would be playing basketball for him.

What’s next for Shaver?

With his recent commitment to the University of North Carolina, what’s next for Will Shaver this summer?

“I’ll be playing in July,” he said. “Though I am committed, I love the game of basketball, and having the opportunity to play each time is a blessing. My gym was packed, and now it’s empty; it’s time to get to work.”