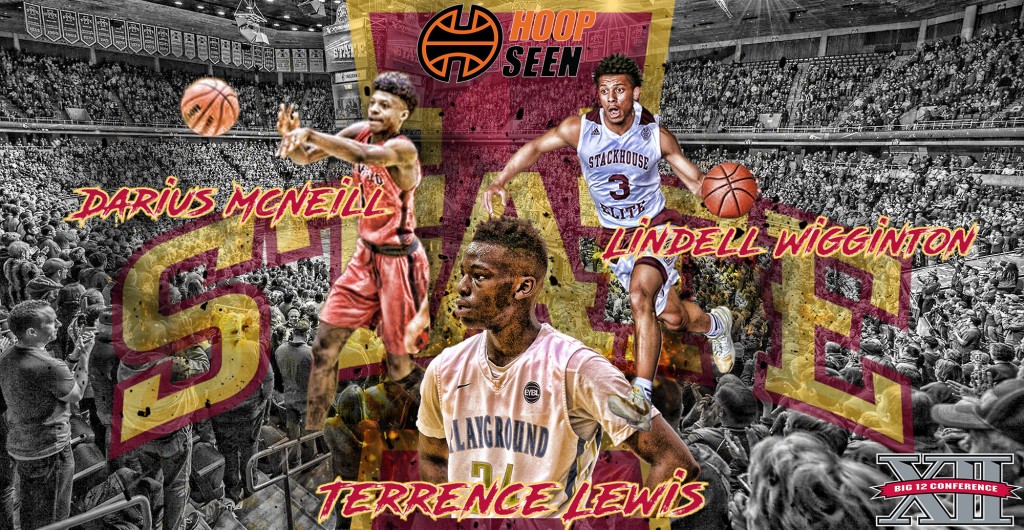 Take a quick look at the incoming talent for the Big 12 Conference and there is something missing in the 2017 recruiting haul.

The top dogs have yet to join the league for the class of 2017. The Big 12’s highest ranked incoming player is Lindell Wigginton, checking in at No. 50 overall. The star power isn’t deep but finding players for fit and longevity seems to be the theme of the 2017 recruiting haul for the league.

Sure, star power may still be lying in wait but, for now, the league isn’t adding much pop in the short-term view.

Iowa State and Texas are the only two programs that crack the national top 25 on the first day of the early signing period.

Steve Prohm has jumped right into the mix for Iowa State and made the Cyclones a program that can go out and land players in and out of the region. A run to the Sweet Sixteen last season certainly helps.

Lindell Wigginton is the most important player Iowa State has signed since Monte Morris inked with the school in 2013. However, Morris wasn’t even rated as high as Wigginton is coming out of high school. The Canadian point guard from Oak Hill Academy is the highest rated player to come to Ames since Craig Brackins signed in 2007.

Fellow HoopSeen125 players Terrence Lewis (No. 77) and Darius McNeil (No. 118) round out the terrific three-man class of nationally ranked players for the Cyclones.

Hard-playing power forward Jericho Sims (No. 58 on the HoopSeen125) is a prototypical Shaka Smart big man. He’s an empty-the-tank bruiser on the defensive end. Texans Royce Hamm and Jase Febres are a pair of important local players to stay home and wear the burnt orange. Both are 247 Composite top 100 players.

Jamie Dixon and his staff at TCU jumped right into the regional recruiting battles and came away with a pair of important recruiting wins.

Texas shooting guard RJ Nembhard picked TCU over interest from the likes of Texas A&M, Oklahoma State, Texas and Oklahoma. Within the conference recruiting battles, you could argue Nembhard was the biggest win of any school within the Big 12 from a head-to-head perspective. And keep a close eye on Lat Mayen, a long and athletic wing from Australia. He’s considered the top high school senior aged prospect down under.

Sure, Marcus Garrett picked Kansas over the likes of Oregon, Baylor, Arizona and Iowa State, but Nembhard was an important regional recruit for Dixon, especially coming in from Pittsburgh.

Big man Kevin Samuel is a late-bloomer and was a popular player to watch in July. He picked TCU over 20-plus programs. He and Nembhard are the best players the Horned Frogs have signed since joining the Big 12.

Oklahoma reeled in a pair of quality big men - Brady Manek and Hannes Polla - that have a strong fundamental base that head coach Lon Kruger works so well with. Teddy Allen fits the mold of the type of scorer that has always done so well for Bob Huggins.