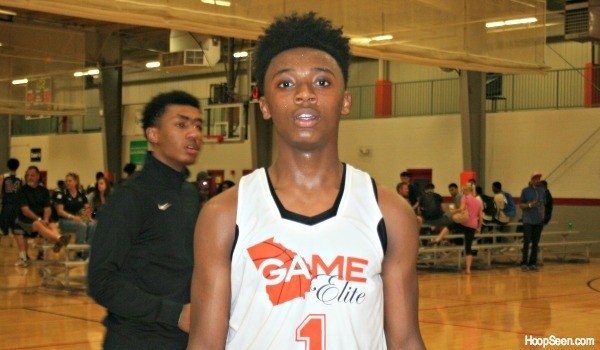 Mohammed Abdulsalem, C, Georgia Stars United: During any game that the Georgia Stars United played this weekend, the first player they noticed on the floor was Abdulsalem, and rightfully so. The 6-foot-8 big man has a huge build that allows him to bully defenders and create space for him to work in the post. One big quality he showed this weekend was an outstanding set of hands. Playing with the guards that he plays with, both with the Stars and with Greenforest, being able to catch anything thrown his way and finish will be a huge part of his game. - CW

Damon Harge, PG, Georgia Stars United: The Orlando Christian Prep product showed out for the Georgia Stars 2018 squad at the Norman Parker Showcase. What he lacks in height, he makes up for in quickness, ballhandling, and playmaking ability. He's already a plus distributor but has a good enough stroke off the dribble that sets him apart from players his age. With continued development, you're probably looking at a high-level prospect. - KK

Ashton Hagans, PG, Game Elite (pictured above): Despite being an 8th grader, Hagans took to reins of the 15U Game Elite squad without any hesitation. He showed a great ability to handle the ball and distribute to teammates as well as getting into the paint and scoring. The future Newton High School prospect has good size and a mature skill set for his age and was one of the top guards of the 15U division. - CW

Corderius Hastings, PG, Georgia Stars United: The Griffin rising sophomore got off to a quick start right from the first tip of the event, scoring the ball at will. Hastings is very tough to keep out of the paint, where he can be a killer scoring and finding teammates. He uses his quickness to go around defenders and showcased a very effective floater off the bounce. He also showed that he can run the show at the point with a high basketball IQ, making the right plays when they were needed. - CW
Arusha Hunter, SG, Atlanta Celtics: Hunter was a pleasant surprise for the Atlanta Celtics. Every time I looked up, Hunter was finding a way to score. Much like Damon Harge, he's good with the ball in his hands. If he wasn't finding a teammate for a basket, he was scoring off the dribble either at the rim or from the perimeter. He's definitely a player to keep tabs on going forward. - KK
Mohammed Abdulsalam