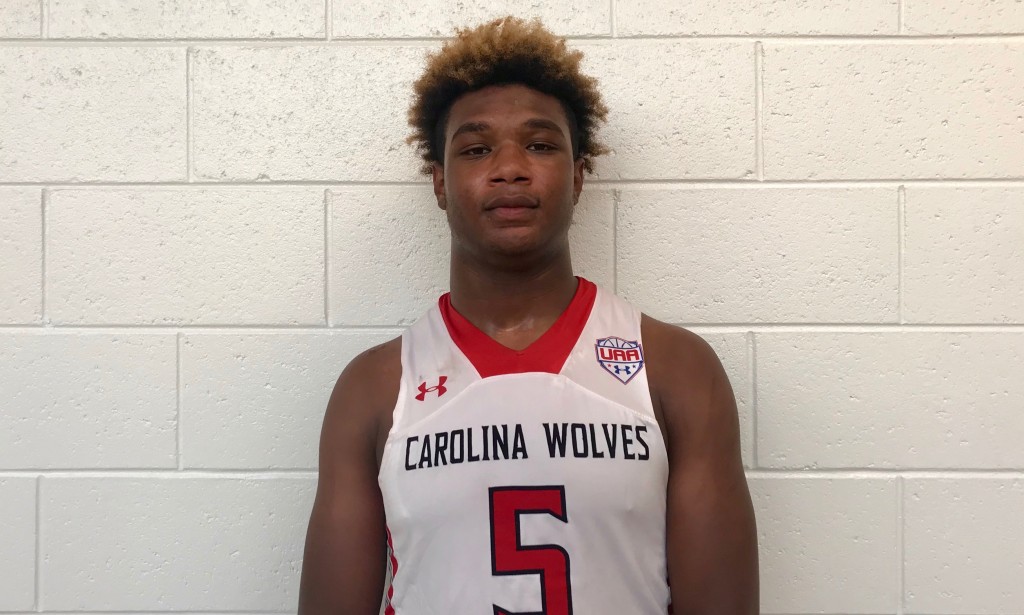 Day one of the historical Bob Gibbons Tournament of Champions started with game-changing performances and game-winning shots. It didn't take long for the action to get going as heavyweights from across the South gathered near Atlanta for this spectacular HoopSeen event.

Down To The Wire

Game Elite Black 2020 (GA) found themselves in an early battle with the Tampa Bayhawks-Lane (FL). The Bayhawks fought hard until the final buzzer but it wasn't enough for the win. Game Elite Black 2020, which was playing up in age groups, had two players that really showed out to help get the victory.

Sam Hines is a 6-6 '20 forward that finished above the rim every chance he got. The St. Francis HS product slammed his way to 24 points. He was deadly running the break and also displayed his ability to put the ball on the floor in the half court sets.

Sion James 6-4 '20 G Lanier HS also dropped 21 in the books with his ability to score easily around the basket. He scored around and after contact whenever he got into the lane.

Sharp Shooter Elite (NC) and God's Property (GA) couldn't settle their battle in the first 34 minutes of play so they needed an extra 11 seconds to determine the victor. Shyheed Williams 6-3 '19 G/F Garinger HS knocked down the game-winning free-throw in sudden death overtime. He scored had a team high 11 points in the contest.

Stand Out On The Court

It didn't take long to notice the stand out performer for the Carolina Wolves (SC). Jordan Burch (pictured) immediately grabbed my attention. The 6-6 '20 G/F looks like a man among boys on the court. The bullish looking guard helped lead his team to a 76-72 victory over Atlanta Select Prime (GA). He has a power forwards body but displayed a nice array of guard skills. His team looked more fluid with the ball in his hands. He scored easily around the basket and also knocked down 4 long balls. He will be a big target for D1's next season.

One of the best things I like to see is players fighting for 50/50 balls and playing hard defense. EOTO 2019 (TN) has just that guy in Tee Hidge-Harper. The "undersized" 6-2 power forward plays much bigger than the tape measure suggest. He has that defensive dawg in him to where he dives on the floor for loose balls and he really gets up in his defenders grill. He had a stretch where he was solely responsible for four steals for his team. The Karns HS standout also takes advantage of his scoring opportunities down low on his way to 8 points.

South Florida Rockets (FL) used a one-two punch combination to get the "w" over PSB Chattanooga (TN). Punch number one was 5-10 '20 PG Brian Dugazon. Dugazon is as fluid of a point as you will find. He contributed 15 points and ran his team to perfection. Punch number two was a knock-out blow. Inady Legiste provided the muscle in the paint with his 28 points. The 6-7 '20 F/C kept it simple and just scored.

This is the best way to describe Upward Stars Upstate (SC). The big comes in the form of Cooper Fowler. The 6-10 '19 post is a strong presence in the paint with a soft touch on his shot. He scored 11 points and grabbed countless rebounds helping his team. Bouncy would be Talon Cooper. The 6-3 '19 G is a do-it-all player. He defends, he rebounds and he just fills every catagory for his team. Balanced would be the offensive game of Zach Baldinelli. The 6-1 '19 SG had a team high 18 points while scoring in many different ways. 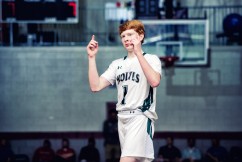