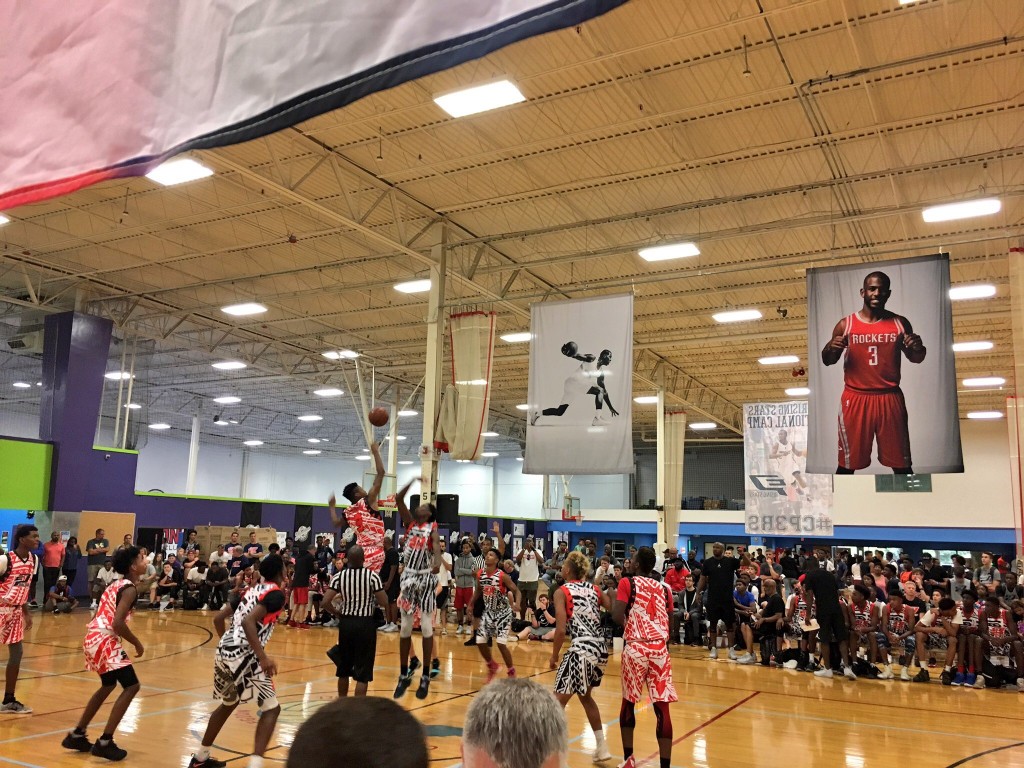 GREENSBORO, N.C. — The 2017 CP3 Rising Stars camp is in the books and, as usual, the event was the perfect place to see the next wave of prospects. Here’s a peek at the best of from the camp and a nugget on the talent from Canada.

Terrence Clarke (6-6/Expressions Elite/The Rivers School) impressed the first game of the event and then never took his foot off the gas even through the All-American game at the concussion of the camp. The The Boston wing was outstanding all weekend. He was the best scorer, the best slasher, one of the best athletes and has the best offensive awareness and versatility of any player in the camp. His place at the top of this list was well-earned.

Jerrell Colbert (6-8/Houston Hoops/Angelton) didn’t waste any time setting the tone for the position as the top big man in the camp. The Texan started things strong with his play on both ends of the floor. He’s all length and good bounce. Colbert was one of the best post defenders in the camp and has a great first and second bounce on the defensive end of the floor. He has all of the tools to become a major prospect in the class.

The mavens that cover the younger age groups said the guard crop wasn’t as good as they’ve had in years past but there were several players that stood out. Carter Whitt (6-1, Team Loaded/Trinity Academy) was always looking for the pass and ran his team as good as anyone in the camp. Whitt has incredible vision and placed the ball where it needed to go for bigs inside and wings hunting shots on the perimeter. Overall, he was terrific all weekend.

This category actually has a lot of contenders. The length at the camp was well-represented. There were a number of players that could fall into this category. Frank Anselem (6-10/Georgia Stars/Westlake) is my pick. The 6-foot-10 center was a shot-eraser. With Ikey Obiagu now out of the Atlanta HS hoops scene, Anselem has a chance to slide into the conversation as one of the best shot-blockers in the A. That’s strong company. Anselem made a big-time first impression.

Texas point guard Noah Kon (5-11/Basketball University/Houston Christian) did two things well all weekend - he played as good as any guard in the camp and he made sure you knew it. He’s speedy, confident and loves to play in the spotlight against other high-end players. Gotta love a confident point guard.

This was an easy one. Khailieo Terry (6-6/Virgin Islands All-Stars/Marymount School) left his mark and he usually left it at the top of the rim. He was head and shoulders, literally and figuratively, above the rest of the camp in the athleticism department. Terry used his bounce to grab tough rebounds, score at the rim and challenge shots. The freshman made a major impression over the weekend.

The CP3 Rising Stars camp has become a great launching platform for Canadian players to show their skills on a big stage. This year was especially strong. The north-of-the-border crew impressed all weekend long. There were four players that made the top 20 All-American game from Canada.

These four made the All-American game: Keon Ambrose-Hylton (6-7/UPLAY/Notre Dame CHS), Charles Bediako (6-10/UPLAY/Ridley College), Kordell Charles (6-8/UPLAY/Crescent School) and Georges Lefebvre (6-8/Brookwood Elite/College Beaubois). All four made plays that made you sit up a little straighter in your chair. All four will be recruited at the high-major level when their time comes.

Truth be told, all four of these players are good now and will be even better in time. The best prospect from Canada may not have even been in the top all-star game.

In the top 20 game, Oliver-Maxence Prosper (6-9/Brookwood Elite/Academie Ste Therese) was one of the best players on the floor. He was one of the best overall prospects in the entire camp. The long and athletic forward wowed throughout the weekend. He was brilliant.